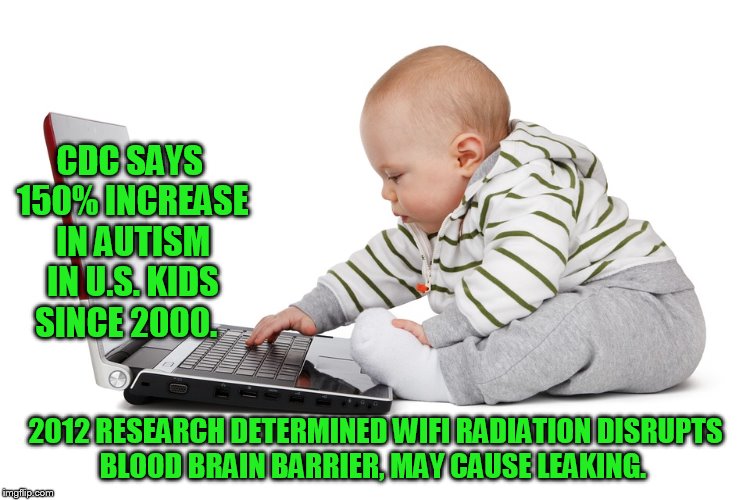 “Nationally, the prevalence (of autism) has increased 150 percent since 2000, according to the study, which called autism “an urgent public-health concern.”

“Researchers aren’t sure what causes autism, although they suspect environmental risks or triggers.”

Bloomberg must have interviewed the wrong researchers.  There is actually government, independent, industry, and military research that has already proven that cell phone and wireless WiFi radiation as well other sources of Electrical Pollution (Electrosmog) are “environmental risks and triggers” for many health issues – behavioral, emotional, mental and physical.

Dr. Toril Jelter is a Board Certified Pediatrician and General Practitioner who treats children and adults with “Microwave Sickness” otherwise known as ElectroHyperSensitivity (EHS). Many of her autistic/ADHD patients improved dramatically after removing sources of wireless WiFi radiation and Electrosmog in their homes.

On March 29, 2018, The Nation published an article about cell phone and wireless WiFi radiation exposure and 5G technology.  Reporters referred to the Telecom Industry as “Big Wireless” and compared them to “Big Tobacco” and “Big Oil.”  Both Democracy Now and NPR did follow-ups on this.

I wrote another article specifically about autism a few weeks ago which provides more details about this subject.  The following organizations can provide more information as well.