PFC – Russian
Домой Disclosure As Iran Drops the Dollar, US Court Orders Them to Pay $6B... 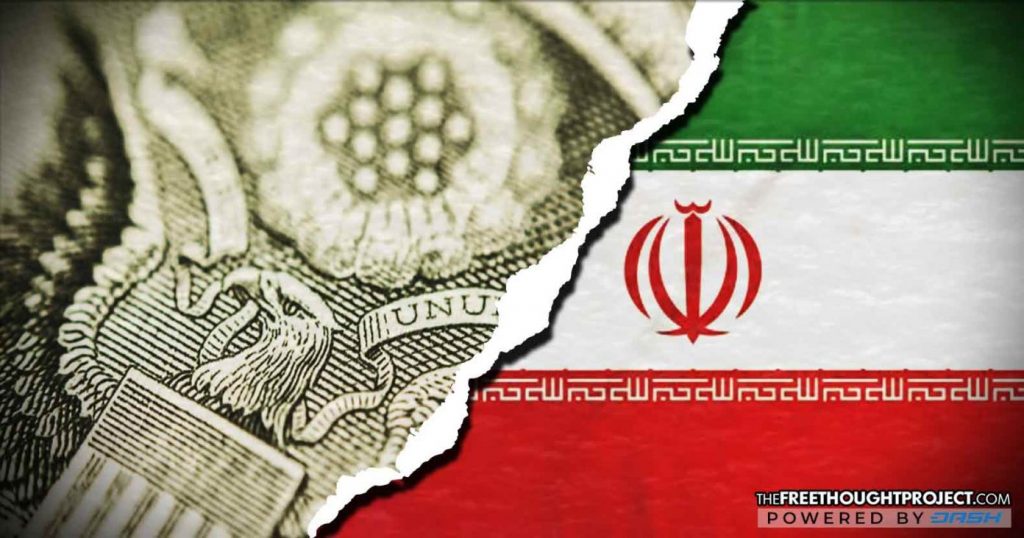 How, exactly, the court came to this decision remains a mystery. A total of 15 of the 9/11 perpetrators were citizens of Saudi Arabia, while two were from the United Arab Emirates, one was from Egypt, and one was from Lebanon. Exactly zero of them were from Iran.

Even the 9/11 Commission, tasked with investigating the attacks, found no evidence of direct Iranian support. The only mention of Iran in the report says that certain 9/11 hijackers traveled through Iran on their way to Afghanistan, without having their passports stamped.

This is not the first time such a ruling has happened either. Daniels issued other default judgments against Iran in 2011 and 2016.

Iran has not responded to the any of the rulings. Last year, however, Iranian Foreign Minister Mohammad Javad Zarif dismissed such accusations as ridiculous.

“A record low for the reach of petrodollars: CIA & FDD fake news w/ selective AlQaeda docs re: Iran can’t whitewash role of US allies in 9/11,” he tweeted last November.

A record low for the reach of petrodollars: CIA & FDD fake news w/ selective AlQaeda docs re: Iran can’t whitewash role of US allies in 9/11

It is important to point out how highly suspicious the timing of this ruling is. It comes at a convenient moment as neocon war hawks push for war with Iran and as Israeli Prime Minister Benjamin Netanyahu begins saber rattling with the regime, claiming that they are lying about their nuclear program.What’s more, Iran recently announced it is dropping the US dollar in foreign trade. It should be noted that shortly before they were invaded by the US, Iraq did the same thing. Libya also announced its plans to drop the US dollar whose leader was then murdered and dragged through the streets as NATO-led allies launched a bombing campaign, turning the oil-rich nation into a terrorist wasteland of rubble and carnage.Almost immediately after Muammar Gaddafi’s murder, the US-backed rebels in Libya formed their own central bank and were given leave by the US and the UN to legally sell oil from the lands which they confiscated.

Comedian Lee Camp breaks down this paradigm quite accurately in the video below. “It’s all about the banking.”

To recap, as the war drums beat for Iran who recently announced their decision to drop the dollar, a court implicates them in 9/11 despite having no evidence, and the media simply reports it without question. Seems legit.

It is also important to point out that the US does have evidence that Saudi Arabia aided the 9/11 attackers, and in spite of thousands of victims and their families attempting to sue them for years, a ruling similar to the Iran one is non-existent.

Even the severely flawed and biased “9/11 Commission Report” did not did not “exclude the likelihood that charities with significant Saudi government sponsorship diverted funds to Al-Qaeda.”

For a decade and a half, Presidents Barack Obama and George W. Bush kept secret the alleged role Saudi Arabia played in the September 11 attacks on America. Because of the cozy relationship the US has with the terrorist nation—which Trump is complicit in maintaining—special interests within the government have chosen to protect their Saudi friends instead of telling Americans the truth about what happened that fateful day.

And, as this ruling against Iran illustrates, they show no intention of changing their ways.

Matt Agorist is an honorably discharged veteran of the USMC and former intelligence operator directly tasked by the NSA. This prior experience gives him unique insight into the world of government corruption and the American police state. Agorist has been an independent journalist for over a decade and has been featured on mainstream networks around the world. Agorist is also the Editor at Large at the Free Thought Project, where this article first appeared. Follow @MattAgorist on Twitter, Steemit, and now on Facebook.