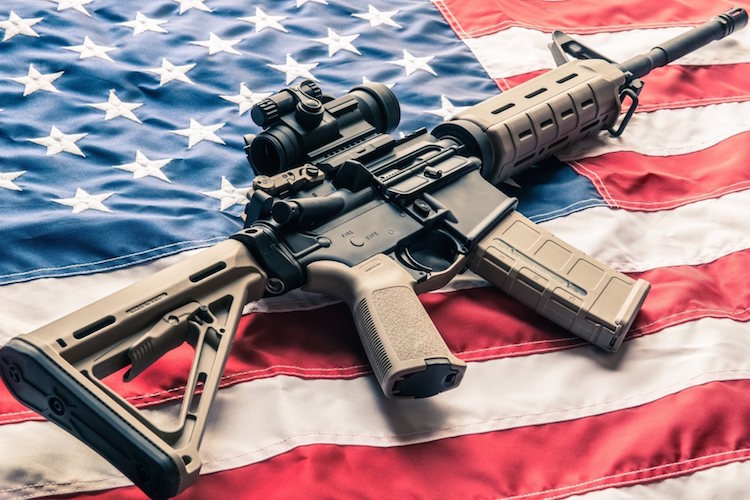 The American public is being triggered to fear scary black assault rifles, and in the wake of school shootings and mass shootings, many are demanding the revocation of their 2nd Amendment rights. Nearly 30 years ago, though, one of the greatest conspiracy books of all time accurately predicted these exact events, indicating that the public has been programmed, and that the current outrage against firearms is manufactured.

William ‘Bill’ Cooper died in a shootout with Sheriff’s deputies at his home in Arizona after vowing never to be taken alive by the state. He was rabid in his views that the United States was being taken over by hostile internal and global forces. What today many are calling the Deep State.

In his career as a UFOlogist and alternative researcher Cooper developed a number of theories relating to the globalist takeover of the United States, the end of American sovereignty, and the global depopulation agendacarried out with HIV, vaccines and by other means.

He was one of the forefathers of the modern American conspiracy theory movement, and say what you will about individuals like this, but their work is often deeply rooted in research and backed up by substantial evidence, which is why the mainstream works overtime to keep these views away from the general public.

However, so much of the work of conspiracy theorists accurately explains the state of the world today, meaning that to discount them as fringe is a vast disservice to the preservation of liberty. Cooper is well-known for his sprawling book, Behold a Pale Horse, which was first published in 1991, and while the book contains a great deal of information, a short passage in chapter 12, The Secret Government, speaks directly about the gun control debate we see today.

“The government encouraged the manufacture and importation of military firearms for the criminals to use. This is intended to foster a feeling of insecurity, which would lead the American people to voluntarily disarm themselves by passing laws against firearms. Using drugs and hypnosis on mental patients in a process called Orion, the CIA inculcated the desire in these people to open fire on schoolyards and thus inflame the antigun lobby. This plan is well under way, and so far is working perfectly. The middle class is begging the government to do away with the 2nd amendment.” ~Bill Cooper, Behold a Pale Horse 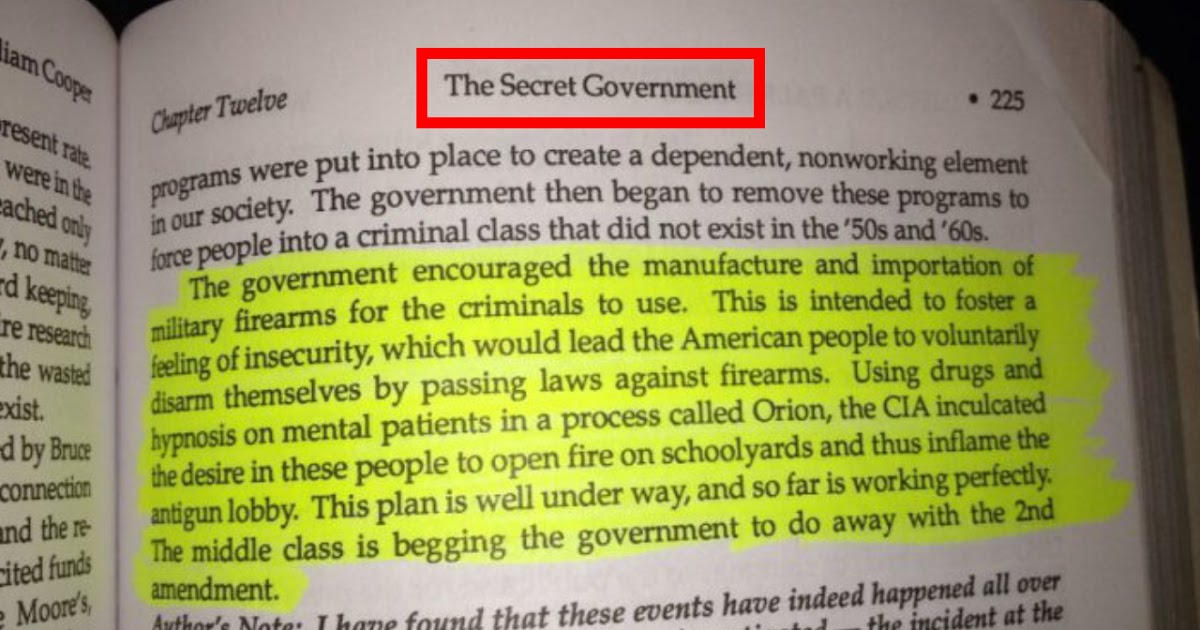 This was written in the very early ’90’s, long before even the mass school shooting at Columbine, and so Cooper was basing this on the limited number of similar events that had taken place at that time. It’s especially important to note the connection to mental health, and in an author’s note following this paragraph, Cooper adds a bit more about his research which indicates that psychotropic medications were involved in a number of mass shootings prior to this release of this book.

“Author’s Note: I have found that these events have indeed happened all over the country. In every instance that I have investigated — the incident at the women’s school in Canada, the shopping center incident in Canada, the Stockton, California, massacre, and the murder of Rabbi Meir Kahane — the shooters were all ex-mental patients or were current mental patients who were ALL ON THE DRUG PROZAC! This drug, when taken in certain doses, increases the serotonin level in the patient, causing extreme violence. Couple that with a posthypnotic suggestion or control through an electronic brain implant or microwave or E.L.F. intrusion and you get mass murder, ending in every case with the suicide of the perpetrator. Exhume the bodies of the murderers and check for a brain implant. I think you are going to be surprised. In every case the name of the murderer’s doctor or mental treatment facility has been withheld. I believe we will be able to establish intelligence-community connections and/or connections to known CIA experimental mindcontrol programs when we finally discover who these doctors of death really are.” ~Bill Cooper, Behold a Pale Horse

This is a serious indictment of the mental health system and shocking evidence pointing to a hidden plot to manipulate the American public into disarming themselves. In light of this, one has to wonder what the greater agenda is once the public has been successfully disarmed, and which other conspiracy theories are coming into full view.

Isaac Davis is a staff writer for WakingTimes.com and OffgridOutpost.com Survival Tips blog. He is an outspoken advocate of liberty and of a voluntary society. He is an avid reader of history and passionate about becoming self-sufficient to break free of the control matrix. Follow him on Facebook, here.

This article (A 1991 Book Predicted the Connection Between Mass Shootings and Public Demand for Gun Control) was originally created and published by Waking Times and is published here under a Creative Commons license with attribution to Isaac Davis and WakingTimes.com. It may be re-posted freely with proper attribution, author bio, and this copyright statement.