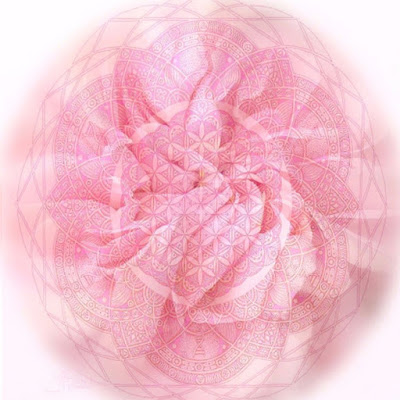 To start preparing for the post-Event and post-Contact society, the Pleiadians have asked me to release intel about soul families.

Soul families are created when a group of Souls emerges from undifferentiated monadic essence and enters this universe through a seventhdimensional portal of the Galactic Central Sun, either in this galaxy or any other galaxy in the universe.

Millions of highly evolved Souls that are now incarnated on the surface of this planet have mainly entered this universe either through the Galactic Central Sun in this Galaxy or its sister galaxy, the Andromeda galaxy.

They have then gained their experience by traveling throughout the Galaxy through higherdimensional light filaments that crisscross the Galaxy and later focused their consciousness by gaining experience in portal star systems such as Pleiades, Aldebaran, Sirius, Arcturus, Vega (alpha Lyrae), Tau Ceti…

At some point in their evolution path they have encountered Galactic Wars and they got involved and this is their main reason they found themselves on Earth.

Either they made a conscious decision to enter the Quarantine Earth to anchor the Light and help the Light forces to liberate the planet, or they have simply wandered into a dangerous zone in the Galaxy without fully understanding the risk and got caught by the Archons in the interdimensional scalar net, dragged to Earth and forced into reincarnation cycle.

It is of the utmost importance for all higherdimensional star beings incarnated on the surface of the planet to awaken now, remember their missions and carry the out.

It is also of the utmost important for members of the soul families to start connecting with each other from higher perspective and not only as human beings being caught in Quarantine Earth.

Soul family members create connection with each other based on fifthdimensional understanding of their own essence (manasic consciousness) and create true friendships. This is the cosmic origin of the friend archetype.

Soul family members of the same soul family that are actually one being that has split into opposite female/male polarities as it has entered the fourth/third dimension, are called twin souls. Their connection reaches the seventh dimension (atmic consciousness) and is the cosmic origin of man/woman, husband/wife and hero/goddess archetype.

The Soul Family is one of the central mysteries of the Sisterhood of the Rose:

It is the One being which manifests in the physical:

All interlocking levels of connection within a soul family create a Clifford torus that breaks the Matrix:

This is the reason why the dark forces have always wanted to destroy soul families.

The second layer of programming is horizontal implant programming. The Pleiadians have asked me to address this now in order to start deconstructing the society programming that creates the Matrix.

Horizontal implant programming misuses the fact that twin souls enter the fourth and third dimensional universe as a couple of male (electric) and female (magnetic) polarity. In its pure form, electric (kundalini) force of the male and magnetic (Soul) force of the female create attraction which in turn creates triangulation which is the force of evolution.

When this electromagnetic force of female/male attraction is interfered with by the means of horizontal implant programming, it creates a distortion in the electromagnetic field of the society that is being programmed, and evolution of such society gets delayed, sometimes for many millennia, as is the case with the Earth surface society.

The basic horizontal implant creates a split in female and male perception of sexual energy, as it has been explained in detail here:

The most effective way to control a society and delay its evolution is to control female sexual energy. This is the reason why cultures that gave maximum sexual freedom to women were the ones that saw most progress.

The most effective way to control female sexual energy in a given society is to infiltrate a critical mass of Orion/Draco/Reptilian sexual predators in that society and let them loose. This is what Archons did many times throughout human history. When a critical mass of women receives negative programming from those predators, this creates a Pavlovian reflex in subconscious female psyche of that society, thus effectively cutting off Goddess energy.

In a society like this, females begin to live a double life, expressing themselves sexually only when they are away from the prying eyes of the Matrix.

An extreme example of this is the society of Saudi Arabia:

The key of liberation of such society is for the most advanced women of that society to gradually start expressing sensual, sexual Goddess energy:

Archons are also absolutely allergic to deep Soul Love energy between a man and a woman, especially between soulmates and twin souls.

By engineering the incarnation process, they rarely allow two twin souls to incarnate at the same time. Even if they do, they rarely meet each other. Even if the meet, they are rarely allowed to be together, the Archons engineering situations to prevent the union. This is why twin soul unions on the surface of the planet now are extremely rare, and most people who think they are twin souls are actually primary soul mates (soul mates that channel energy of the twin soul to each other).

A deep Soul Love connection between soul mates on the surface of the planet happens a little more often, and if it does, Archons sometimes go to great extremes towards preventing that love, even resorting to killing one or both partners.

After the Event and especially after the First Contact, the Resistance and the Pleiadians will start contacting the most advanced members of human society, especially those who are aware of soul families.

This contact will inevitably bring tectonic cultural shifts into the human society. The Pleiadians and the Resistance have communicated that this contact will sometimes inevitable evolve into deeper romantic and sexual relations, especially between twin souls and soul mates where one of them is living on the surface and the other one is within the Resistance or belongs to the Confederation Fleet: 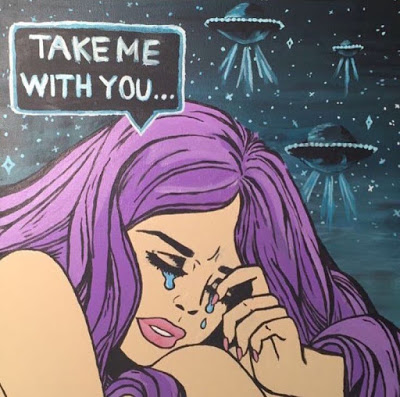 To be more prepared for those connections, the surface population needs to be aware that the Pleiadians and the Resistance have a very similar societal model that is based on soul families. Sometimes they are fully committed to exclusive sacred union with their twin soul or their primary soulmate, and sometimes they form open polyamoruos connections that are based on Soul Love and free flow of sexual energy. Same sex unions do happen among them, but they are free from any Archon interference that is so prevalent on the surface of this planet.

These connections will be the final test of integration of surface population into the Galactic society.