Therese Z here: Cobra and the Resistance Movement have several times asked us to refrain from speculation as to the timing of The Event. Some weeks ago, I posted a video where Alison Coe tells about experiences that her clients have had in viewing – seeing within – the situation here at the time of The Event. A large majority have mentioned the month of March as being a likely time for the Event and so in my way I have contributed to the speculation of the timing. However, I hold the belief that this video with Alison can be of support to many of us wondering how this great Event will look when it occurs. In an earlier article I have said that we should remember that any delays will most likely be due to hostage situations. We might all of us imagine asking ourselves a question something like this; “what if a close loved one to me that I hold very dear to my heart was one of these hostages being held somewhere by dark beings – would I want the initiation of The Event to take precedence to the possibility of saving the life of that loved one?” Let us remember this instead of feeling any frustration and KNOW that the timing is in the Hands of the Goddess / Divine Mother and Father – Source – One and will occur in perfect timing.

Amazingly we are now living on a planet where the Galactic Codex is now the law that is being followed! This is the specific section of that law that Cobra is referring to in this update:

Perhaps some humans feel that the Confederation has no right to intervene and that humanity has the right to solve its problems by itself. This is simply not true. Many wars all over the planet and constant abuse of basic human rights have proven that humanity is not capable of handling its own situation.  So it is much better that it receives wise guardians to guide it. The Confederation will give assistance in replacing current masters of the puppets (Dark Forces) that humanity has invited long ago in Atlantis. Then the Galactic Codex will finally become the universal code of ethics throughout the universe and darkness will be no more.

If you do not know what the rest of the Galactic Codex entails, then you can put it into the Portal search engine or go to the top of PFC and you will find it there in the list of important articles and also find translations below the article to most languages.

Not much intel about surface operations can be given to surface population for obvious reasons. The only thing I can say is that there is quite a high number of Chimera-controlled Draco and Reptilian hybrids that were incarnated into human clone bodies inside underground bases during the last Archon invasion between 1996 and 1999. After 9-11 false flag event in 2001, they started coming to the surface and infiltrating higher echelons of power inside human society. This situation is being addressed right now by the Light Forces as part of Operation Mjolnir.

Let me just say that the hostage situation on the surface of the planet is very difficult and liberation might take a little bit longer than expected.

This is the reason the Light forces advise against any speculation about the timing of the Event to avoid disappointment and suggest you rather start focusing on your mission and living your life to its fullest in the Now: 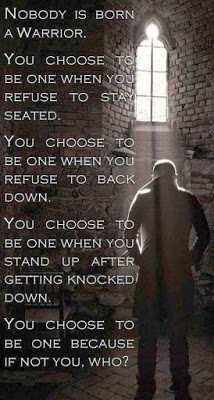 Each day, tens of thousands of people die of hunger and malnutrition:

This indicates the power of control that the Dark forces still have on the surface of the planet. If the Event would be triggered before toplet bombs are dealt with, the number of casualties would be much much higher.

To prepare the planet for Compression Breakthrough, the Light Forces have asked me to instruct the surface population to change the surface of the planet into a Contact Dish.

If you own a property that has a small flat area big enough for a small Pleiadian saucer craft to land, you can silently say the following decree:

“In the name of my I Am presence, I decree and I command a landing of a Pleiadian ship on the land that I own, and my physical first contact with the Pleiadians from that ship, as soon as possible in the best possible way. “

It is very important that you NEVER say this decree aloud and that you never speak about your decree to anyone, otherwise you can not become part of the Contact Dish project.

Combined free will of thousands of people making this decree worldwide will send a coherent contact signal of pulsating Light into the energy grid of the planet and to the Pleiadians. It will effectively turn the whole planet into a Contact Dish. The critical mass needed for this to happen is around 12,000 people. This will be an indication for the Pleiadians and the Galactic Central Race that the awakened part of the human population has reached a spiritual maturity that equals 0.75 on the Kardashev scale:

This will be an indicator that contact sequence can begin.

The contact sequence is correctly described in the last pages of the following book: