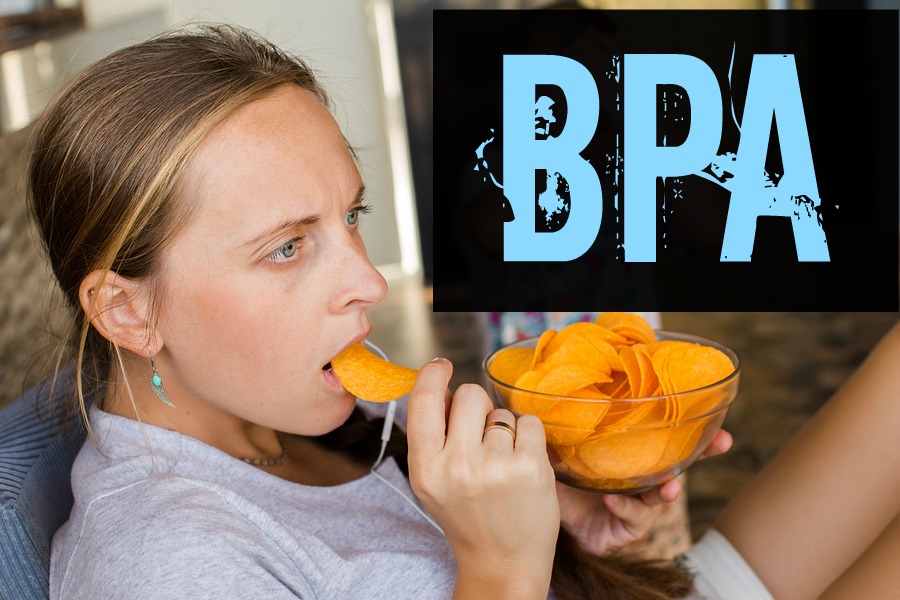 A recent University of Exeter study has discovered that nearly all teenagers tested are holding bisphenol-A (BPA) in their intestinal lining. The chemical that makes plastics stronger and more flexible was found in higher amounts in teenagers than in the general public, causing major concern since the hormone disrupting toxicant can affect the reproductive system.

“Researchers studied 94 teenagers and found it was almost impossible for them to avoid BPA products,” says Sky News. Eighty-six percent of them had BPA in their digestive tracts, but can only guess why teenagers have more than adults.

Did you know: If you at canned soup today, then you likely have 300% more BPA in your urine than normal.

Professor Lorna Harries, who led the project, is calling for clearer labelling on packaging so people can make informed choices when doing their food shopping.

“Teenagers are one of the groups of people in our population that have the highest levels of BPA in their urine when you measure it,” she said.

“Although we’re not quite sure why that is, one theory is because teenagers eat more junk food than the rest of the population and junk food is a particularly rich source of BPA.”

Freya Hester, 17, who took part in the study, said: “I am really passionate about plastic pollution so knowing BPA is in here, we are polluting our bodies as well as the environment, which is really shocking to me.”

Another participant, Amalia Gimbuta, told Sky News: “If you’re in a rush and you’re shopping you don’t have time to peel off the packaging to try and work out if it has BPA or not.

“So finding packaging that you know for certain doesn’t have it in is really difficult.”

BPA is listed as a substance of very high concern for good reason – it is both a reproductive toxicant and has endocrine disrupting properties.

Breast Cancer UK has long called for BPA to be prohibited from use in food, drinks and till receipts and until it is, it is likely to continue to show up in humans.

No surprises that the British Plastics Federation has called the news misleading.

Sadly, when companies claim that their products do not contain BPA, they often do anyway. Furthermore, replacements for BPA such as BPS are no better. Plastics claiming to be BPA-free are no safer than BPA plastic. BPA harms at much lower levels than previously thought. What can you do?

Minimize your exposure to BPA!:

DISCLAIMER: This article is not intended to provide medical advice, diagnosis or treatment.

This article (BPA Hormone Disruptor Found in 86% of Teenagers’ Digestive Tracts) was created by and appeared first at Natural Blaze. It can be reshared with attribution but MUST include link to homepage, bio, intact links and this message.

Heather Callaghan is an independent researcher, writer, speaker and food freedom activist. She is the Editor and co-founder of NaturalBlaze as well as a certified Self-Referencing IITM Practitioner.