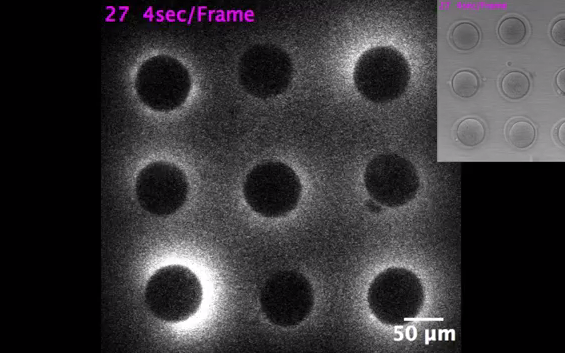 A colleague was nice enough to pass along one of those stories that will just light up your day.

Well, what if someone told you human life begins (as Sarah Knapton, science editor for the Daily Telegraph, put it) as “An explosion of tiny sparks [which] erupts from the egg at the exact moment of conception.” The romantic in you might say, “What I always suspected.”

You can see this remarkable display of bright flashes of light–this “fireworks” here.

What explains this phenomenon which scientists had previously seen in animals and now for first time in humans?

The bright flash occurs because when sperm enters and egg it triggers calcium to increase which releases zinc from the egg. As the zinc shoots out, it binds to small molecules which emit a fluorescence which can be picked up by camera microscopes.

“These fluorescence microscopy studies establish that the zinc spark occurs in human egg biology, and that can be observed outside of the cell,” said Professor Tom O’Halloran, a co-senior author and director of Northwestern University’s Chemistry of Life Processes Institute, of a study that appeared in Scientific Reports.

A companion paper was published, also in Scientific Reports, Knapton explains. In that experiment

a zinc spark is shown at the precise time a sperm enters a mouse egg.

This discovery was made by Zhang, a postdoctoral fellow at Northwestern. Little is known about the events that occur at the time of fertilization, because it is difficult to capture the precise time of sperm entry.