PFC – Russian
Домой Awakening A VEGAN BODYBUILDER THAT’S NEVER EATEN MEAT – SO, WHERE DOES HE... 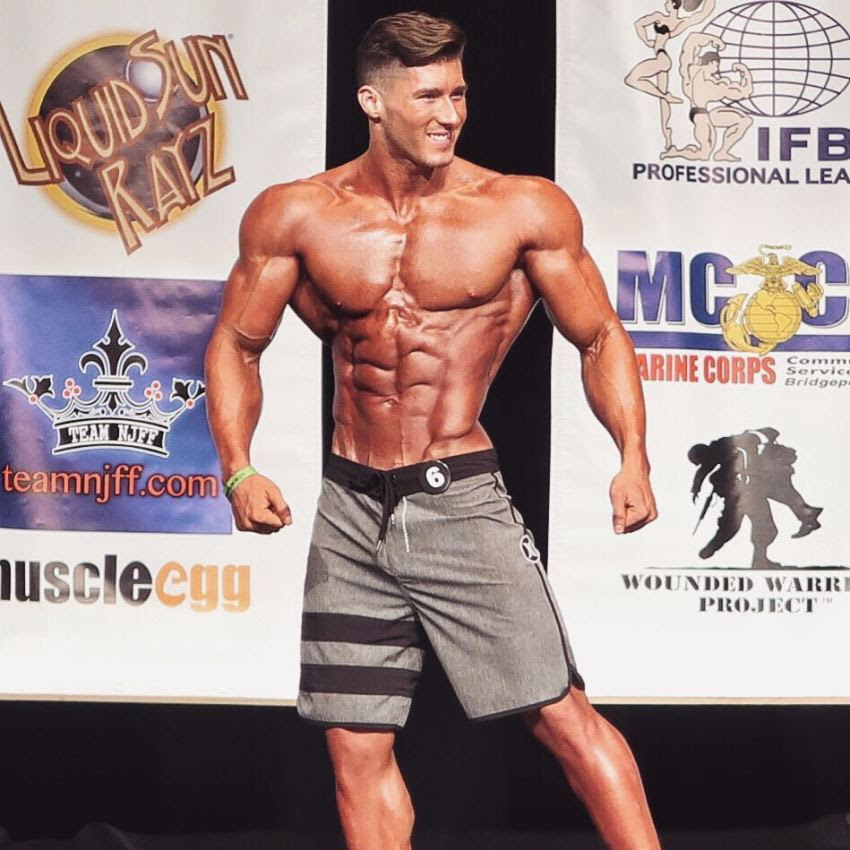 There is one question that bothers vegetarians and vegans more than any other, and that is, Where do you get your protein? The general population has been sold this idea that protein only comes from meat and dairy products, but this couldn’t be further from the truth. Just look at gorillas, oxen, or elephants — all herbivorous animals, all clearly getting adequate protein. So where does this misconception come from? I think it’s safe to say that the meat and dairy industry have done a great job of selling us on this lie.

Every time we post an article on CE about eating less meat and animal products, there are always at least a few comments that say something along the lines of, “Every vegan I know is so frail, skinny, and sick looking.” If we are being completely honest, I’m sure that everyone knows at least a few meat eaters that are frail, skinny, or sick looking. As with any diet, there is a healthy way and an unhealthy way to follow it. If people are eating an abundance of processed food, vegan or not, they are unlikely to be at optimal health.

More and more bodybuilders are beginning to turn vegan. This is great news because of the sheer amount of food bodybuilders typically need to eat. People often feel it’s impossible for a bodybuilder to be vegan, but there are a ton of examples that prove otherwise. Take Nimai Delgado for example, he is an American Professional Men’s Physique bodybuilder and vegan athlete. Believe it or not, Nimai has been a vegetarian for his entire life, but in 2015 he switched to a 100% vegan diet.

Some Background On Nimai

Nimai’s journey started out simply, as he made it his personal mission to stay fit and healthy, now it has turned into a full-blown movement which educates people on the fact that it absolutely IS possible to gain muscle and even become ripped by consuming nothing but a plant-based diet.

Nimai uses his social media accounts (Instgram, YouTube and Facebook) and his presence to spread the message about living a vegan lifestyle, far and wide. He is absolutely passionate about this lifestyle and aims to lead the way for others and set the example for those who may want to try out a vegan lifestyle, but are too concerned about losing weight, getting enough protein or maintaining adequate health.

“Learn how to look inside yourself for answers, not outside. By practicing mindfulness we can really tune into how/why we are feeling and then once we identify it we can make a shift. But first, you have to learn how to calm the mind and become aware of those feelings!”

Some Of His Achievements

No, He Is NOT On Steroids

For those of you who are saying or thinking something like, “Ya, I could look like that on steroids too”, or “Sure you can be vegan and look like that -with the help of steroids.” Well, just stop. Nimai doesn’t take steroids, in fact there is testing involved with the competitions he has entered and he wouldn’t be able to hold those titles if he were in fact, on steroids. The whole point of his story and his message is that it is possible to gain muscle and get ripped without the help of animal protein. If he were taking steroids this would completely discredit his entire story, and yes, someone would likely have figured it out by now.

Anything is possible, it may be difficult for our brains to understand this lifestyle as we have been taught and told that we NEED protein to build muscle and that the only way to get protein is by eating animal products. This is simply not true, and it’s time we open ourselves up to the fact that all foods contain protein, and believe it or not, some plant-based foods contain MORE protein than meat.

There is also some science showing that plant based protein may be a healthier option compared to meat-based protein. For more information about that you can refer to the article linked below:

Plant-Based Protein VS. Protein From Meat: Which One Is Better For Your Body

Nimai Has Been Vegetarian From Birth

“Both of my amazing parents are converted Hindus, and I was raised with a strong sense of compassion. Growing up, my diet has always been about 95% vegan, with the exception of dairy products.” Nimai told Greatest Physiques.

In 2015 Nimai decided to make the transition from a vegetarian to a vegan, which meant no more dairy products whatsoever, he became 100% vegan. 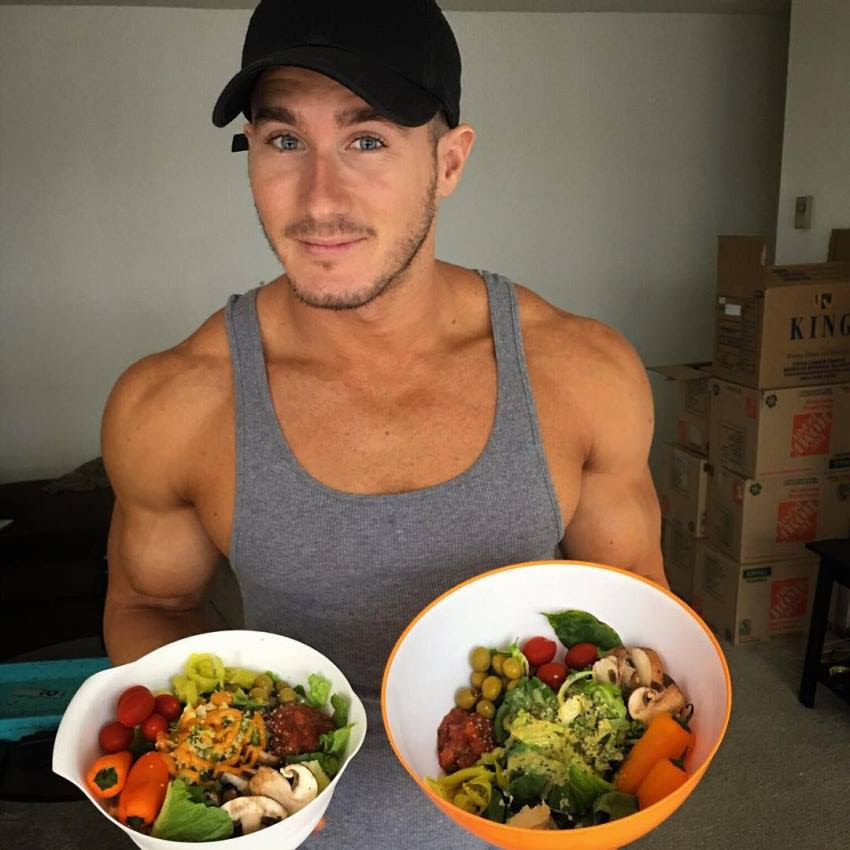 His reasoning was because he wanted to live the healthiest lifestyle possible and to him this meant fuelling his body with an unprocessed, whole food, plant-based diet. It is important to note that being vegan doesn’t automatically equal being healthy. You can be a vegan but still eat a diet that largely consists of processed junk food. A plant-based diet is a very different thing.

In his own words, here is why he decided to become vegan, “I decided that I wanted to not only live the vegan lifestyle, but I also wanted to help spread awareness on how to become the best version of yourself while living this lifestyle.”

To learn more about what Nimai eats in a day and his workout routine check out this link.

What Can We Learn From Nimai? 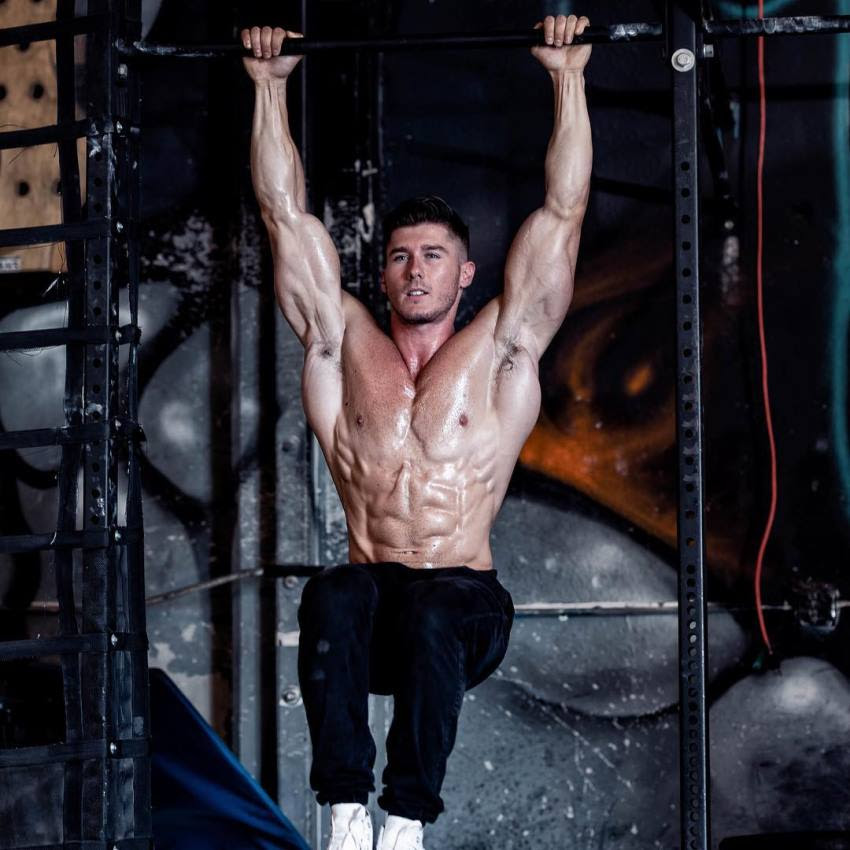 Typical bodybuilders are consuming a ton of animal protein and animal products and  like it or not, they are making a large contribution to the factory farm industry to maintain their size. By observing Nimai and his lifestyle we can clearly see that it is possible to gain muscle and get ripped, even compete and win without touching a single animal product. No, not all bodybuilders need to go vegan, but at least this can serve as an example that there are many ways to get enough protein outside what we have been led to believe.

Not only is this important information for bodybuilders, but anyone who is doubting the fact that vegans get enough protein can see Nimai and his lifestyle and know that it absolutely is possible to be vegan, get enough protein and be healthy!