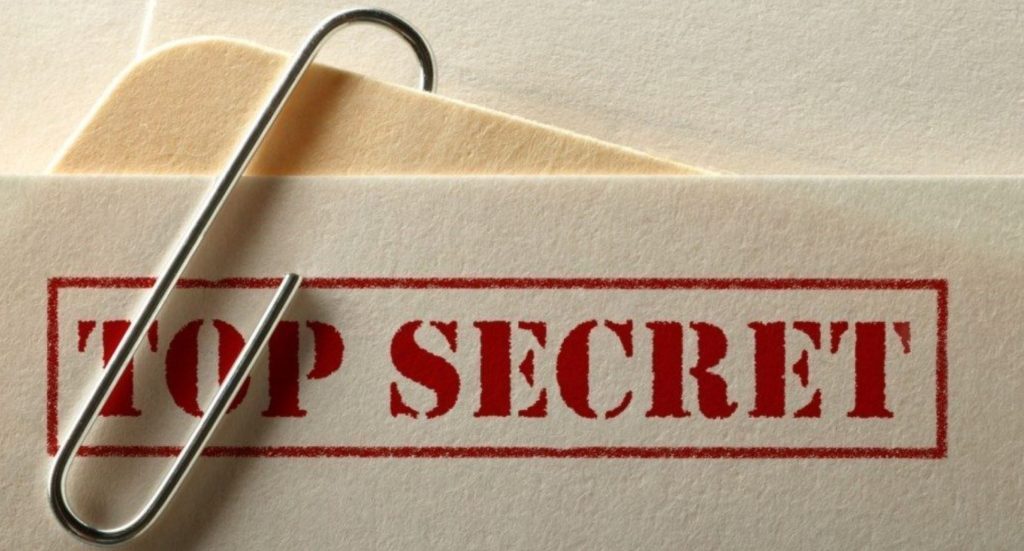 I’m talking about major covert ops, not small ones.

The tasks necessary to carrying out the operation are divided among players at different levels. In a successful op, these groups of players are unaware of each other. They wouldn’t be able to confess to more than their own roles.

And in many cases, the disparate players would never believe they were part of an op. They would swear they were “doing good”—as, for example, in medical research that was—unknown to the researchers—actually designed to obscure a chemical attack on a population, by locating a virus as the false culprit. By training and by general stupidity, the researchers are always predisposed to finding a virus. The last thing on their minds is that they’re part of an op.

TWO: Gaining tremendous media coverage for the effect of the op (even exaggerating the effects), while hiding the cause and the players who planned it.

THREE: Blaming the wrong people as the originators of the op. Relentlessly discrediting truth tellers who see what’s really going on.

FOUR: Developing and promoting a false cover story to describe the details of the op; in many cases, those details are wrong. For example, the famous truck bomb parked at the curb of the Murrah Federal Building on April 19, 1995, did most assuredly not cause the human and property destruction that ensued. There were bombs inside the building.

FIVE: Laying down false trails for investigators and independent researchers. In the wake of the JFK assassination, we saw the emergence of many, many “alternative” scenarios. Some of that “information” was designed to lead into dead-end alleys—after much time and frustration.

SIX: At least several goals. In any large covert op, there are a few different objectives, at different levels. For example, certain players gain an increase in status; profits for the elite planners; control of market share; demonizing of opponents; general demoralization of the population. Arguments over “the real purpose” of an op are often misguided. There was never just one purpose.

SEVEN: Testing public response. After an op, analysts are tasked with assessing the public reaction. Did most people buy the official scenario? What objections were raised? Who raised them? An effort is made to be as precise as possible. What lessons were learned that can be applied to the next op?

EIGHT: Controlled opposition. This aspect involves infiltrating independent voices with plants, who try to take charge of unofficial and truthful narrative and steer it AWAY from the truth.

Among the plants are people who promote the most absurd theories possible about the op. And then there are those plants who accuse everyone who doesn’t agree with them of being “CIA agents.”

Note: Several of these functions are actually carried out by people who aren’t plants at all. They’re just crazy and/or desperate egomaniacs. They obtain their highest degree of satisfaction from making accusations against innocent people and inventing sleights against themselves. They live in an unenviable sewer.

NINE: Distraction. After a covert op, the government and the press will sometimes promote and pump a new story, concerning a different “sensational event”—and lean on it for a period of time sufficient to distract the public from the original op.

TEN: Limited hangout. This strategy involves seeding a cover story with some bit of truth to attract the unwary, in hopes that they will buy the whole cover. Or, admitting to a watered down piece of truth about the op itself, to “let off steam” and make it seem as if the whole op has been exposed.

These ten elements (there are more) are standard. They’re not esoteric. Any intelligence agency deploys them in a variety of situations.

For the most part, the press simply takes dictation and reports what front men for covert ops want reported. Of course, the press is seeded with intell assets.

How does a researcher deal with these ten elements? He drills down below the cover story to discover the core facts about the op. He isn’t diverted by the distractions and the fake news.

He must be ready to find some mind-boggling truths at the core and accept what he finds.

Having discovered the core, he can then “reverse engineer” the op and see how it was put together. He can see who benefited at various levels.

In my 1987-8 investigation of AIDS/HIV, what lay at the core was the fact that the virus had never been shown to cause anything. Nor was it a reasonable candidate as a disease agent.

From there, I could assemble the multiple purposes of the op and see who was benefiting. I could separate the dupes and pawns and true believers from the actual operators.

My research uncovered a formidable structure of hierarchical power.

Fortunately, I and other independent researchers who were arriving at different conclusions managed to maintain a cordial relationship, instead of sniping at each other. The few times I encountered megalomaniacs, I basically ignored them. It was a good lesson to learn.

A final note for now: just because ops are covert, that doesn’t mean they are well executed. Quite often the operators make blunders. In that case, the following cover-up carries the freight of mistakes and smooths them out by concocting fantasies that are relayed to the press, and in turn, to the public. And even then, the cover-up can fail to impress intelligent observers. However, through repetition, and by using “experts,” the mainstream media keeps promoting the cover story. In the end, it is the sheer monopolistic power of the press that functions as the ultimate cover.

That is why I named this site no more fake news 16 years ago. Because that blunt power needs to be dismantled.

We are in the middle of a sea change, where that very thing is happening.

The author of three explosive collections, THE MATRIX REVEALED, EXIT FROM THE MATRIX, and POWER OUTSIDE THE MATRIX, Jon was a candidate for a US Congressional seat in the 29th District of California. He maintains a consulting practice for private clients, the purpose of which is the expansion of personal creative power. Nominated for a Pulitzer Prize, he has worked as an investigative reporter for 30 years, writing articles on politics, medicine, and health for CBS Healthwatch, LA Weekly, Spin Magazine, Stern, and other newspapers and magazines in the US and Europe. Jon has delivered lectures and seminars on global politics, health, logic, and creative power to audiences around the world. You can sign up for his free NoMoreFakeNews emails here or his free OutsideTheRealityMachine emails here.