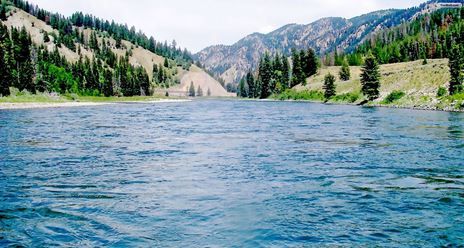 Adapted from an article by Jay Syrmopoulos at The Free Thought Project.

A two-year investigation by the California State Water Resources Control Board revealed that Nestlé, which sells water under the Arrowhead brand, lacked the proper permits for the vast majority of the water taken.

The State Water Resources Control Board notified Nestlé last week that the investigation had concluded, and that the company doesn’t have proper rights to roughly three-quarters of the water it withdraws for bottling.

“Nestlé appears to be taking more water than they likely have the right to take,” David Rose, an attorney for the water board’s enforcement section, told KPCC, a member-supported news organization in Southern California.

Here’s a link to KPCC’s story.   What KPCC has to say about Nestle’s water rights

The investigation showed that Nestlé extracted roughly 62.6 million gallons of water from the San Bernardino spring each year on average from 1947 to 2015, but that the company only had the right to siphon some 8.5 million gallons yearly.

Essentially, Nestlé has been stealing nearly 55 million gallons of water each year from California for nearly 70 years.

Of course when a corporation does something illicit, like stealing billions of gallons of water over the course of 68 years in an extremely drought-stricken state, no one is held responsible – no one is arrested – and regulators simply recommend that they apply for a new permit. They were simply told that they must conform to California water diversion regulations while providing a timetable for the company to implement required actions.

Conversely, if an individual, without the cover of being a corporate entity, would engage in similar actions, they would be prosecuted to the fullest extent of the law – and would almost certainly be sentenced to jail or prison time.

According to a report from National Public Radio (NPR):

“Water from the headwaters of Strawberry Creek in the San Bernardino National Forest has been bottled since the late 1800s — and Nestle had told California regulators that the claim to the water by the original owner of the Arrowhead Springs Hotel had extended through the years to the Swiss multinational.

Water Board officials did not agree, saying that while the hotel’s use was riparian — taking place at the water’s origin — Nestle couldn’t convert that to an “appropriative use.”

California’s State Water Board recently sent Nestle a letter summarizing its report. As for what the company must do now, the board issued a string of recommendations, giving Nestle 60 days to submit a compliance plan and 90 days to submit an investigation and monitoring plan.”

The investigation into Nestlé’s water use practices in the San Bernardino Nation Forest began with a 2015 report in the Desert Sun newspaper.

The stunning report noted that the international mega-company lacked the requisite water rights to the water it was collecting and selling, and also called into question the environmental impact of such large-scale water diversion.

“They’re taking way too much water. That water’s hugely important,” said Steve Loe, a biologist who retired from the Forest Service in 2007, told the Desert Sun. “Without water, you don’t have wildlife, you don’t have vegetation.”

“When you take water from the springs that are the source of those waters, you dry up these canyons,” Loe said. “And they’re the most important habitats that we have.”

Nestlé claims to monitor the spring sites to ensure they don’t have a detrimental environmental impact on the surrounding habitat, and the Water Board’s report was not conclusive as to those points.

In a letter to the company, the water board told Nestlé to cut back on its water withdrawals unless it can prove it actually does have the right to use that water, or to additional groundwater.

How does it make sense that a corporation can take billions of gallons of water from public lands illicitly and sell it back to the public for profit – and not a single person is held accountable?

Meanwhile,  The San Bernardino area is not the only place where citizens are questioning water bottlers.   Citizens in Weed, California, north of the slopes of Mt. Shasta, are trying to figure out how their water is disappearing into Crystal Geyser’s water bottling operation, owned by a French billionaire.   Here’s the story from Weed, California.

Read more here from The Free Thought Project.
And, why no arrests? It is, after all….. stealing.